As I have mentioned in previous posts and in the Preface of my book, Notre Dame in the Civil War: Marching Onward to Victory (The History Press, 2010), I have a long-term goal of cataloging and researching Notre Dame's Civil War student-soldiers.

My previous student-soldier profiles are listed below:

There are many more profiles to come! 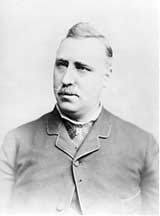 
Taylor was born in 1839 in Cincinnati, Ohio. His father, a blacksmith, died when James was only seven, and his mother turned to sewing and boarding tenants to make ends meet. A few years later, she moved the family to northwestern Indiana, and James and his brother Richard both attended Notre Dame from 1850 to 1851. They returned to Cincinnati, and James—only twelve years old—helped the family by working various odd jobs. His passion, though, was in the arts, having shown a talent for drawing and painting at an early age. Indeed, he lost many a job because “his employers would catch him drawing when he should have been working,” one Taylor biographer declared.

At the age of fourteen, Taylor submitted some drawings to Nicholas Longworth, a vintner and real estate tycoon and patron of the arts in Cincinnati. Mr. Longworth, impressed with the boy’s work, sent him to an art academy in the city, where Taylor, according to his autobiography,“mastered the rudiments of drawing which have since stood [me] in such good stead.” Taylor became famous in the region for his panoramas of the American Revolution and the John Brown raid; noted orator Reverend Henry Bellows admired the paintings and brought Taylor to New York to study art. A year later, the Civil War began, and as Taylor wrote, he “laid down the brush…and shouldering his gun at his Country’s Call went to the Front” with the 10th New York Volunteer Infantry.

Taylor mustered out as a sergeant at the end of his two years’ service,“through which Ordeal he passed Unscathed owing to fortuitous Circumstances,” he wrote. In his spare time, he had created a portfolio of sketches of camp life, and rather than reenlist, he showed the sketches to Frank Leslie, publisher of the popular weekly Frank Leslie’s Illustrated Newspaper. Taylor spent the rest of the war as a “special artist” for Leslie,who counseled Taylor to pay attention to every detail, “even sticks, stones and stumps…regardless of flying bullet and shell.” Taylor soon became one of America’s best-known artists, and he worked for Leslie for another twenty years before retiring to his studio, where he did freelance work until he died in 1901.

The premiere source on James E. Taylor - indeed perhaps the most detailed account of wartime life and work of any "special artist" - is Taylor's With Sheridan Up the Shenandoah Valley in 1864: Leaves from a Special Artist's Sketch Book and Diary, which remained unpublished and held by the Western Reserve Historical Society (Ohio), until being released by Morningside Press in 1989 (in a hard-to-find edition).

You can also learn more about Taylor at the Smithsonian's online "Drawing the Western Frontier: The James E. Taylor Album" exhibit (here).

See here for a WONDERFUL image of Taylor in a Zouave uniform as part of the 10th New York (Michael J. McAfee Collection) 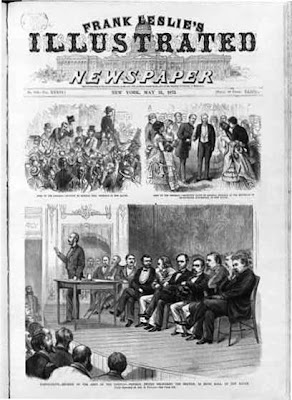 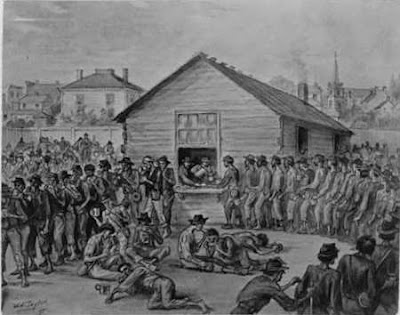 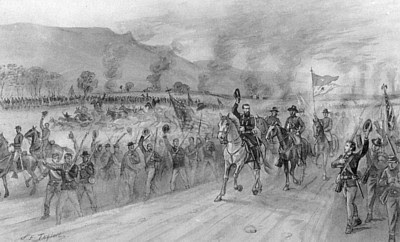 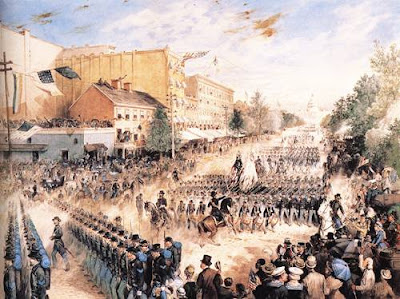 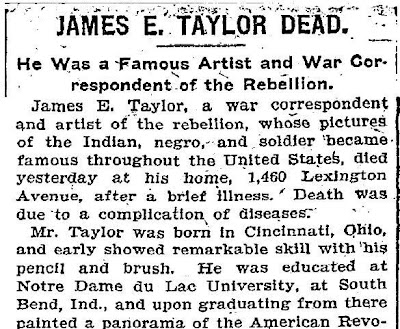 
He Was a Famous Artist and War Correspondent of the Rebellion

James E. Taylor, a war correspondent and artist of the rebellion, whose pictures of the Indian, negro, and soldier became famous throughout the United States, died yesterday at his home, 1460 Lexington Avenue, after a brief illness. Death was due to a complication of diseases; Mr. Taylor was born In Cincinnati, Ohio, and early showed remarkable skill with his pencil and brush. He was educated at Notre Dame du Lac University, at South Bend, Ind., and upon graduating from there painted a panorama of the American Revolution.


At this time he was only eighteen years of age, and his work and perseverance attracted the attention of the late Rev. Henry W. Bellows, D. D., of All Souls Church, New York. Dr; Bellows advised the young man to go to New York and study art, and offered to assist him during his first year's course. The offer was accepted, and the young artist arrived at the great metropolis in 1860, determined to make a reputation for himself, but the war fever seized him, and he enlisted with the Tenth New York Volunteers of National Zouaves and went to the front with them. He made good useof his spare time, and prepared a number of sketches of camp life and the stirring incidents of the opening of the rebellion.

After serving two years and reaching the rank of Sergeant, Taylor decided to enlist again, but was advised to apply for a position, as war correspondent. The very first man he went to — Frank Leslie — engaged him, and published the sketches he had made and assigned him to follow Sheridan's army. He remained with Gen. Sheridan in the principal engagements and "Little Phil's" famous ride.

With the close of the campaign in the valley, in December, 1864, when the main body of Sheridan's army departed to reinforce Grant at Petersburg, Taylor was ordered to Gen. Butler's front on the James River, and remained there, to picture his dusky friends and bluecoats, until after the blowing out of the bulkhead of the Dutch Gap Canal, which incident he constructed from a. sketch he made of the canal under fire when it was being dug. After the explosion he went to Matanzas by steamer, and thence to Port Royal, to again join Sheridan's army, then about to leave Savannah on its march through the Carolinas to menace Richmond and aid Gen. Grant in its capture.

He made the journey of 1,000 miles on horseback with the Seventeenth Corps, and finally arrived at Richmond, after many exciting incidents. At the close of the rebellion he went South to portray the negro and the Indianfor Leslie's and continued with that magazine till 18S3. He was the detailed artist to the Peace Commission with the Indians that held council at Medicine Lodge Creek in 1867, and was sent to Santo Domingo with the Annexation Commission in 1870, during Gen. Grant's Administration, onboard the frigate Tennessee, which vessel was reported lost, as it was missing for a week.

Among his most famous paintings was "The Last Grand Review," painted for Gen. Sherman, depicting- the victorious Union troops wheeling into Fifteenth Street from Pennsylvania Avenue, Washington,D. C., on May 21, 1865. The plates of this picture were stolen, and it was widely sold throughout the United States and Europe. Four of his pictures are now in the publi clibrary at Washington. About five years ago he retired, and spent much of his time in travel. He was sixty-one years old and a bachelor. Funeral services will be held at his late residence on Monday at 10 o'clock.