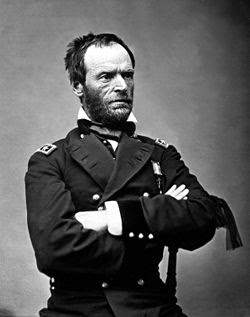 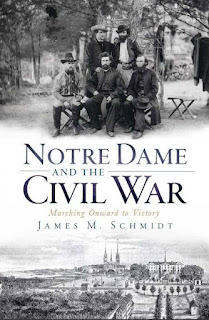 I have featured information about Orville T. Chamberlain - a Notre Dame graduate, Union soldier in the 74th Indiana infantry, and Medal of Honor recipient - several times here on the blog (see here, here, and here).

Indeed, my book - Notre Dame and the Civil War: Marching Onward to Victory - starts with an excerpt from a letter Chamberlain wrote as a student, dated March 4, 1861, in which he describes how the school had the afternoon off in honor of the inauguration of President Abraham Lincoln.

It's fitting, then, to share one of his last wartime letters - dated April 21, 1865 - 150 years ago today - and written to his father from his camp about nineteen miles from Raleigh, NC, in which he discusses several pieces of news:

His visit to the state house in Raleigh - "better than the capitol of Indiana or Georgia, but no so good as that of Tennessee."

His interaction with a local Confederate family and their daughter

Since we came here we received the Gen. Sherman's Order announcing the assassination of President Lincoln.  The mournful intelligence was received by our army with feelings of mingled rage and sorrow.  If the perpetrator of the damnable deed were here, he would be torn into a thousand tatters.  We all wanted to see Abraham Lincoln live to see the fruits of his labors, and we wanted to honor in the future his honesty and his wisdom.

and a quote from Macbeth:

Besides, this Duncan bore his faculties so meek,
He was so clear in his great office, that his virtues
Plead like angels, trumpet-tongued, against
The deep damnation of his taking-off;

and - finally - closing with a note of peace and hope: